The ancient Greek historian Herodotus is often credited with making the first “bucket list” when he wrote about the “theamata,” a Greek title that translates roughly to “things to be seen.” His list eventually became known as the Seven Wonders of the World, and it was kind of an early tourist pamphlet for people looking to explore the known world at that time. There were other people who created lists of incredible locations, including Philo of Byzantium and Callimachus of Cyrene, but the accounts recorded by Herodotus in the 5th century BC are considered to be among the earliest and most detailed lists. The locations he chose were based on accounts by ancient travelers—some of the world’s first tourists. It’s with that as inspiration that we created our own bucket list based on places we’ve read about, heard about, or seen in TV or movies.

NOTE: The bucket list items below are linked to either Wikipedia or our own Road Unraveled blog posts. Click the titles to learn more!

◯ Caral, Peru – the oldest city in the Americas

◯ The rock of Gibraltar

◯ Ride The Ghan through the Australian outback

◯ Teotihuacan and the Pyramid of the Sun, Mexico

◯ The Temples of Bagan, Myanmar

◯ Airboat in the Florida Everglades

◯ Helicopter ride over the Great Blue Hole in Belize

Watch the sunset on Easter Island

The Quitsato Sundial. Located exactly at the Equator in Ecuador

The Pyramids and the Sphinx, Egypt

Port Wine in the Douro Valley of Portugal

Jerusalem, Israel, and the Holy Land

The Leaning Tower of Pisa, Italy

The Colosseum in Rome, Italy

Cruise through the Panama Canal: Atlantic Ocean to Pacific Ocean

Watch the sunrise over the Sahara Desert

Camp overnight on the ice in Antarctica

Visit all seven continents (we visited all seven in twelve months!)

Take a gondola ride through the canals of Venice, Italy

The Medina and Souks of Marrakesh, Morocco

See the Large Hadron Collider at CERN in Geneva, Switzerland

Luxor, Egypt and the Valley of the Kings

Stand on the edge of the Cliffs of Moher, Ireland

Ollantaytambo and the Sacred Valley, Peru

Walk the shores of Lake Titicaca

Watch the sunrise over the volcanoes of Central Java, Indonesia

Ride camels through the Sahara Desert

Watch the sunset over the Nile

Float in the Dead Sea

These are places that Stephanie has visited but Adam has not. We hope to cross these off his travel bucket list someday! 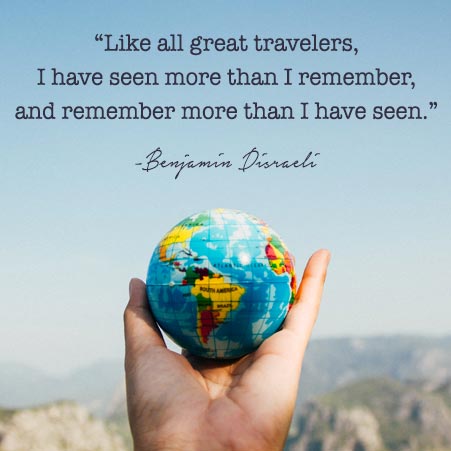 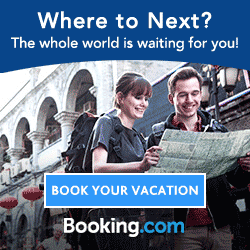 Check out the posts we're working on!

This page may contain affiliate links from Amazon, Booking.com, AdSense, and/or World Nomads. Earnings from these links help us to maintain this website and they do not impact your price or buying experience. Please see our Privacy Policy for details. Thank you for your support!

Sign up for our monthly email for our latest posts and more!

Ready to join our 230,000+ readers and make the most of your vacation time?

Road Unraveled uses cookies. By continuing to browse our site we will assume you are okay with it.Close and AcceptMore Information