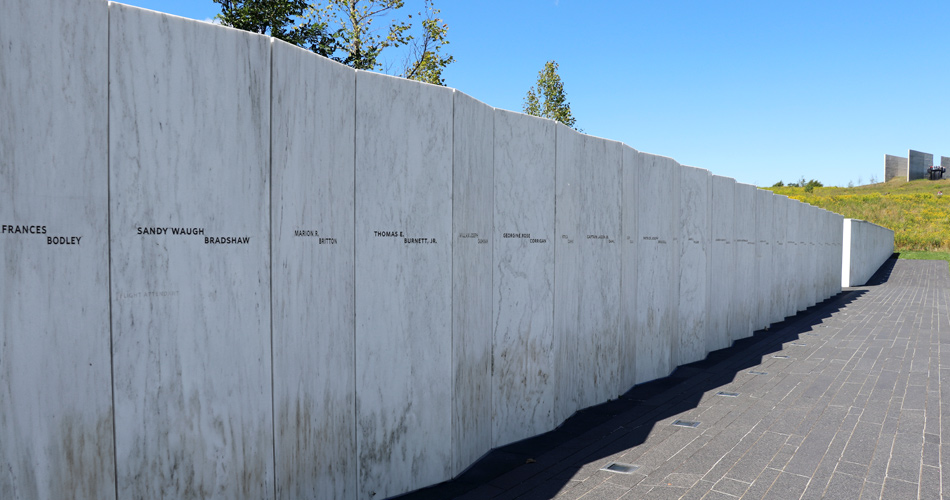 If there is one thing for which Adam and I advocate—more than travel, and even more than using your vacation time—it is learning history. Most of our travels have been governed by this belief, and it’s the reason our trips take us to ancient ruins more often than relaxing beaches. There is an important place in the world of vacations for laying low or even doing nothing, but if there is something new to learn, we’re always grateful for the chance to expand our knowledge and see the world in a new way. Many of our trips have taken us to beautiful, awe-inspiring locations like Machu Picchu, Kyoto, and Karnak, and we have learned history through the architecture left behind and created by humans from long ago. All history isn’t defined by those places, though. That’s why we have also prioritized visits to places that evoke anger, confusion, and overwhelming sadness: Auschwitz broke our hearts, and my 2011 visit to Cambodia’s Killing Fields reduced me to tears. Our visit to the United Airlines Flight 93 National Memorial in Shanksville, Pennsylvania was enshrouded in a similar sense of loss. 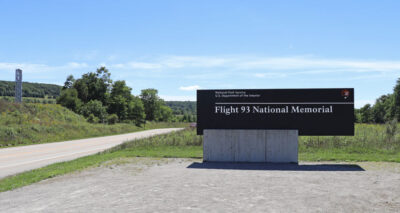 September 11, 2001 remains one of the darkest moments in our collective recent history, and as the nineteenth anniversary of four premeditated terrorist attacks on the United States looms before us we visited the Flight 93 National Memorial, which is located just three hours away from Washington, DC—its intended target. We visited once before in 2012, one year after the memorial opened to the public, and this year’s visit was timed with the crash’s anniversary and with my own research for an episode of my podcast, Take to the Sky: The Air Disaster Podcast, where my co-host Shelly and I share weekly stories about how travel safety stands on the shoulders of lessons learned through plane crashes. There is little joy to be found in a visit to the Flight 93 National Memorial, but there is no denying the value and the importance of time spent there. It’s a haunting and touching tribute to the fourth and final plane crash that forever changed world history on September 11. If you have the opportunity to visit when traveling to Pittsburgh or driving along the historic National Highway, here is what you can expect from your visit. 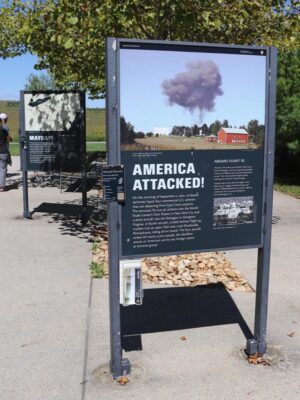 United Airlines Flight 93 was a scheduled commercial flight that departed from Newark Airport at 8:41 AM on Tuesday, September 11, 2001. Destined for San Francisco, the flight operated at 20% capacity that day, with 37 ticketed passengers and seven crew members onboard. Unbeknownst to anyone on the plane, four of the ticketed passengers were prepared to hijack the flight after takeoff. At approximately 9:26 AM, that is exactly what happened: as the Federal Aviation Administration ordered a ground stop to prevent any aircraft from taking off into US airspace, the hijackers entered the cockpit and assumed control of the plane. Over the course of the next 30 minutes, the plane was directed eastbound and placed on a collision course with the USA’s capital city. Through documented recordings and numerous accounts provided by those who communicated with passengers during that time, many details of the flight’s final minutes are part of the public record. Passengers worked together to coordinate a response to the hijacking, attempting to or potentially succeeding at breaching the cockpit themselves to force control of the aircraft away from those who intended harm. The heroic act contributed to a horrific crash landing in a field in western Pennsylvania, where all lives on board were lost—and the lives of countless others in Washington, DC and other locations along the flight path were saved.

If you’re interested in learning more about the flight’s timeline, passengers, and legacy, visit the Take to the Sky: the Air Disaster Podcast website or use the audio player below to listen to Episode 024: 9/11 Anniversary Special Part 2 – American Airlines Flight 77 & United Airlines Flight 93.

Flight 93 National Memorial: A Common Field One Day, a Field of Honor Forever 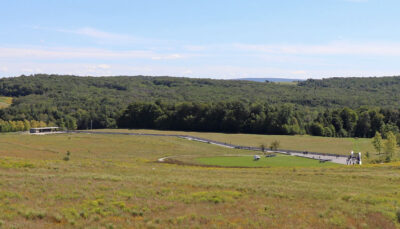 In 2002, the Flight 93 Memorial Act was passed by the US House of Representatives and the Senate. The act directed the construction of a permanent memorial honoring the crew and passengers who lost their lives in Shanksville on September 11, 2001. It was signed into law by President George W. Bush on September 24, 2002 and appointed a commission to recommend planning, design, construction, and management for the memorial. In addition to the land directly impacted by the plane crash, surrounding area was purchased or, in some cases, donated by neighbors to provide adequate space for the selected design.

The Flight 93 National Memorial was dedicated on September 10, 2011, one day before the 10th anniversary of the crash. In 2015, the visitors center opened to the public, offering interactive exhibits to further understanding of the crash and to celebrate the lives of those on board.

The Flight 93 National Memorial includes several key design features that can help provide context and instill appreciation for the magnitude of its crash.

Many visits begin at the Flight 93 National Memorial visitors center, which provides an exceptional amount of background information to narrate the memorial’s outdoor components along the crash site. The experience starts before entering the building; the walkway from the parking lot to the visitors center follows the exact flight path United Flight 93 took, careening over the open fields and slicing through the blue sky before crashing into a spot where a 17-ton boulder marks the point of impact and yellow wildflowers serve as delicate but vigilant protectors of the space. As we walked down the path, we paused at markers memorializing American Airlines Flight 11, United Airlines Flight 175, and American Airlines Flight 77, which had already met their heartbreaking fates as Flight 93 descended into western Pennsylvania. The walkway ends at a glass wall etched with the memorial’s purpose: a common field one day, a field of honor forever. As our eyes lifted from the quote to the field before us, we could see the crash site stretch beyond us, mixed with sorrow and serenity all at once.

Inside the visitors center, exhibits walk through the timeline of events that began hours before Flight 93 took off from Newark as terrorists checked into flights throughout the east coast. A wall of photos remember the 33 passengers and seven crew members; there is no honor given to the terrorists, and they are not counted among the forty people who died in Shanksville. Some portions of the exhibit provide audio from calls placed by passengers to loved ones, colleagues, and operators on the ground. A simulator aligns audio captured by the flight’s cockpit voice recorder with the plane’s final movements as confirmed by the flight data recorder.

The Wall of Names and Trail of Remembrance

Trails connect the visitors center to the crash site memorial, although parking is also available in both locations. Not far from the crash site, a wall of white marble columns stand in silent memory of the victims, each one bearing the name of a single life lost. Some, like Jason Dahl, LeRoy Homer, and CeeCee Lyles bear their tiles: for these crew members, captain, first officer, and flight attendant, respectively. Lauren Grandcolas’ columns mentions her unborn child. We paused to read the name on each one.

Much of the Flight 93 National Memorial is open field, and when the crash investigation concluded it was returned to how it looked in September 11th’s earliest hours. The precise impact location can be identified by a large boulder with a small American flag waving next to it. Signage at the memorial identifies its location, although its unmissable when looking out across the grass.

The Tower of Voices 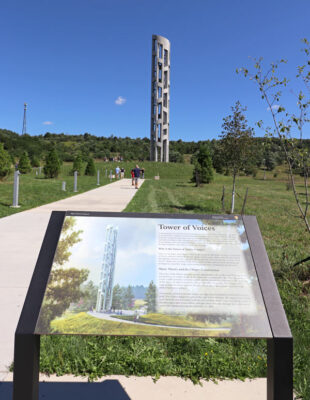 Away from the crash site, close to the memorial’s entrance, another unmissable feature welcomes visitors to remember the victims. The newly constructed Tower of Voices extends 93 feet into the air and, when complete, will contain 40 wind chimes with individual tones to represent each of the 40 lives lost. The Tower of Voices continues to be a work in progress; it currently has eight of the 40 chimes installed, and the remaining chimes will be added in the future. Once finished, the tones will offer both harmony and dissonance; rooted in music theory, the wind passing through will determine how they sound at any given time. In life, each voice had its own, distinct sound and presence. The events of September 11th gave rise to those voices making painful calls home through what would be their final conversations with people on the ground. The harmony reflects their coming together in a final, coordinated effort to save lives and thwart terrorism. The tower stands in memory of their sacrifice—and their success.

If you are interested in seeing the visitors center and learning more about the experience you may have at the memorial, this video from C-SPAN provides an exceptional walk-through as well as some great historical context.

How to Get to the Flight 93 National Memorial

The Flight 93 National Memorial is 90 minutes southeast of Pittsburgh, the closest major city to the crash site. It is also three hours away from both Washington, DC and Baltimore, and it is about three-and-a-half hours away from Philadelphia. Public transportation will not take you to the crash site, so a car is necessary but plenty of free parking is available. If you park at the visitors center, the walking trails to the crash site are clear and well-marked; there is also additional parking closer to the crash site for mobility-impaired guests or those who don’t want to make the trek by foot. 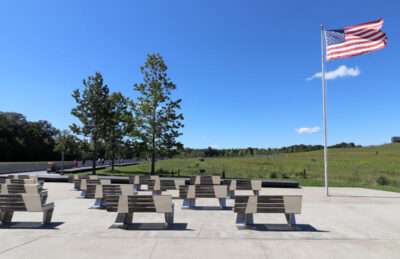 For many United States citizens, September 11th, 2001 will be forever part of the fabric of our nation’s history and of each and every person old enough to remember where they were when they first heard America was under attack. The months and years that followed have been marked by the complexity of processing the events, accepting them as a reality, and determining what it means to move forward with strength and reverence. As we do, we will never forget the lives lost. Their memories and legacies remain with us through stories told by their friends and loved ones and our national tributes.

The 9/11 Flight 93 Memorial in Shanksville provides a moving space to reflect on one of our darkest days and look ahead to the brighter days that we’re fortunate to have before us. The happiest moments of our history are easy to celebrate, but the most difficult moments—like September 11 and the crash of United Airlines Flight 93—teach us what we are made of. That’s why we’ll always seek experiences that teach us about them, and that’s why we know we’ll never forget. 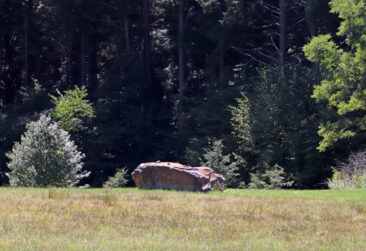 The impact stone marking the crash site of Flight 93 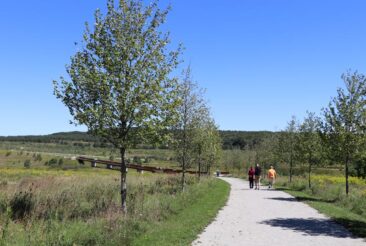 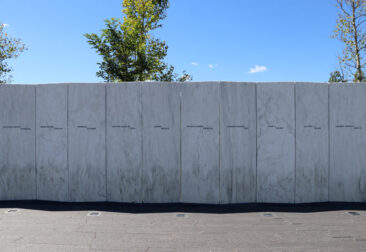 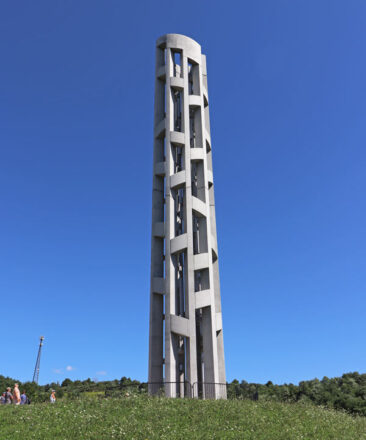 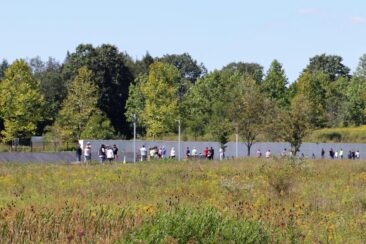 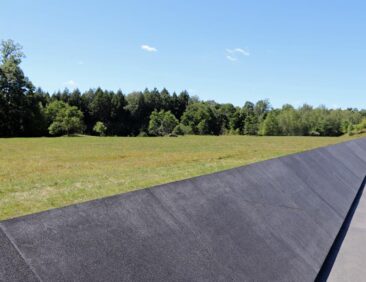 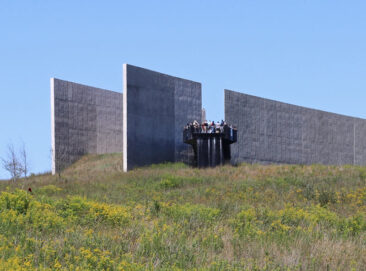 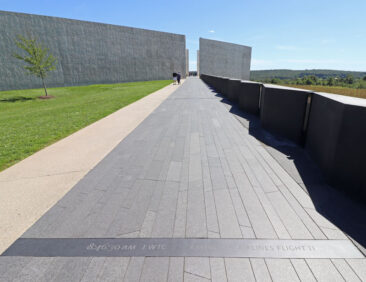 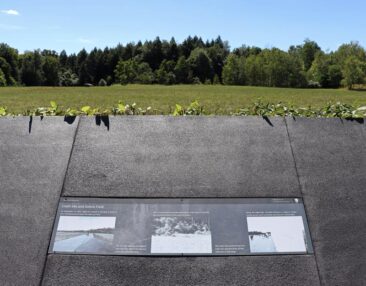 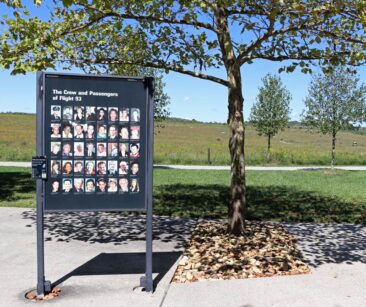 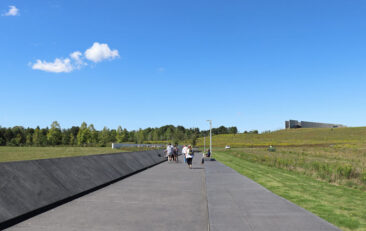 Here are a few more places to visit in Pennsylvania. 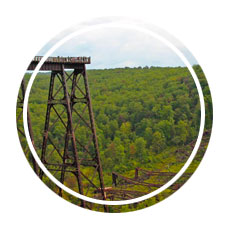 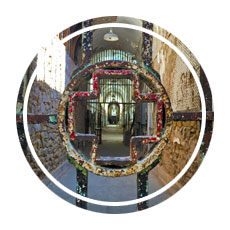 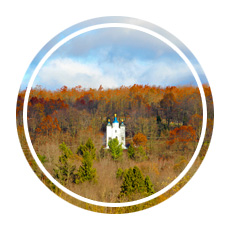 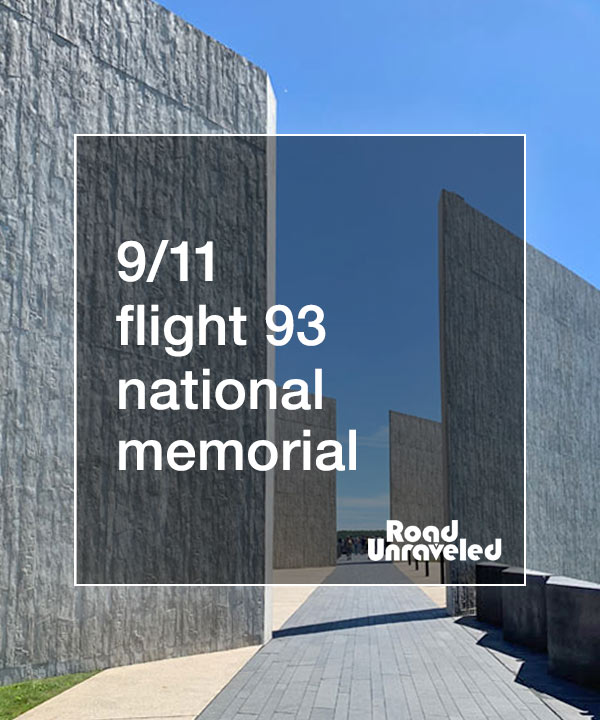 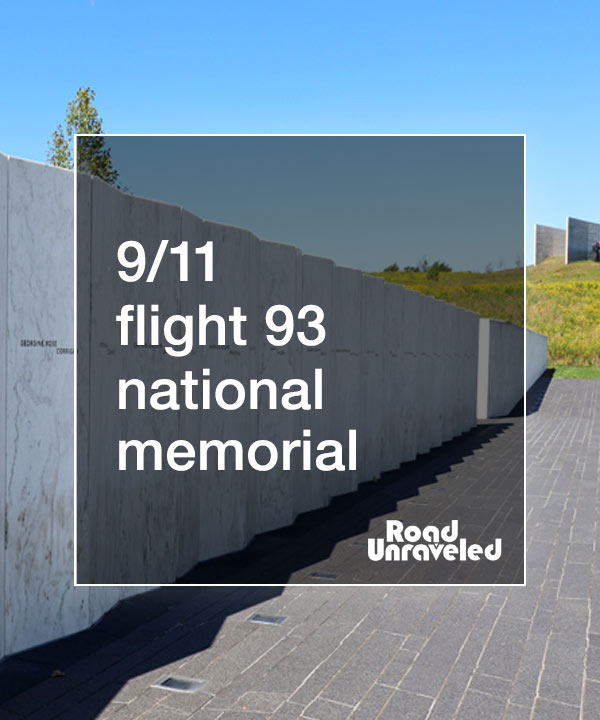