Welcome to our new guest post series! From time to time we’ll feature the travels, tips, and experiences from people exploring other parts of the world. We couldn’t think of a better person to kick things off than Stephanie’s dad, who is at least a little bit responsible for passing along a love of travel and learning about the world to his daughter.

The thing that many senior-citizen types – already major travelers – seem to want to do in the winter is to move, temporarily, anyway, to Florida. Now, few among us, regardless of age, like cold weather, especially of the type that those of us who reside in the northeastern United States must deal with for at least three months out of the year. Snow. Cold. Wind. Dark of night. You get the idea.

So who, again regardless of age, wouldn’t want to move, again at least temporarily, to the sunny, mild climes of Florida for at least those three months? The question, though, is how to do said flocking. Many permanently relocate to Florida not just for the mild winters, but also for the financial benefits – there’s no income tax in Florida, and the cost of living overall is lower than in many other states, particularly some that are also quite cold indeed.

But buying a residence in Florida usually means that one must endure the flip side of a warmer first quarter of the year – what can be a blazingly hot and very humid rest of the year. Humm, that old philosophical yarn about yin and yang seems to rear its head once again.

And, so, an alternative – the Florida winter break. The problem with moving for three months of good weather is – well, we’ve covered that. So why not just hit the sunny shores for a few weeks, or perhaps even a month, and otherwise avoid all the hassle, expense, upset, and legal issues of a move – and, ultimately, the aforementioned unbearable heat?

But wait – isn’t buying cheaper than renting, or heaven forbid, the cost of a hotel? The economics of a winter break can in fact work quite favorably here, although (standard disclaimer) you’d have to run your own numbers to know for sure. But we decided to give this idea a quick try recently, spurred on by my old (40 years ago, now) college roommate, who’s been hanging out at the same hotel in Florida for a month for each of the past 12 winters. Following his seasoned lead was also easier than thinking on our own.

We thus bunked down at the Alden Beach Resort in St. Pete Beach, neat St. Petersburg and thus near Tampa and many other interesting parts of the state. This hotel is quite, um, economical, and deserves perhaps a three-star rating, but the location simply cannot be beat – right in the middle of the St. Pete Beach resort area. The beach is literally a two-minute walk away, and there are also two pools and a huge hot tub. There’s no restaurant, but there are (again, literally) dozens of mostly-casual dining establishments of all types a short walk or drive away.

The Alden is all-suites – with kitchens – but, as you may have already surmised, the attraction here isn’t the rooms. The Alden could in fact use a little updating here (starting with new mattresses), but the staff is friendly and attentive. My college roommate mentioned above is very happy here indeed – he has never considered an alternative establishment.

Speaking of dining, we adopted a late-breakfast-and-dinner strategy, ignoring lunch. The options are plentiful for both meals, but we were particularly fond of Skidders, which has great food and truly great prices, and The Toasted Monkey, who make their own excellent corned beef hash. For dinner, seafood is clearly the theme, with both local grouper and those wonderful stone crabs often on the menu. Tell you what – just pick a place near the Alden; a car is helpful but not required here. Most are family-owned, prices are very reasonable thanks to serious competition, and the food is terrific – not a single clunker in those we tried.

To return to our primary mission here, this little adventure began with a conversation with said roommate as to why he didn’t just buy a winter (or even year-round) place in Florida, as he lives in the Indianapolis area. Apart from the summer-weather issue noted above, he mentioned that he had done the math – buying a place that he would use only a few months out of the year made zero financial sense to him. While there is, of course, the opportunity for financial gain on Florida real estate over the long run, the 2008/9 crash in this market should give everyone pause. The Alden is, again, really economical, and perfect for anyone looking for a limited dose of Florida winter weather. And, of course, there are many similar options throughout the state. Feel like spending time in Ft. Myers, the Keys, or Miami? No problem, thanks to no commitment.

But our exercise here wouldn’t be complete without at least a cursory exploration of the full range of housing options (apart from purchasing a seafront mansion in Palm Beach or Venice, which are, of course, simply out of the question), so we also visited with relatives who have purchased year-round housing in the fast-growing Community of Zepherhills. In this case, the homes are manufactured – as in permanently-installed mobile homes. You’d never know the heritage here unless significant inquiries were performed – these houses are spacious, well-architected, and appeared to be very well-constructed. And they’re also very inexpensive – way less than $75,000, meaning that year-round residence can be very, very economical indeed. But – it’s an hour to the beach, although very modest association fees do include the use of a pool.

We also visited with some friends who live most of the year in the Boston area, where their primary residence is a condo. Their winter home is also a condo (the bottom floor of a two-story structure) in Punta Gorda, about 90 minutes south of St. Pete Beach. Their home is truly lovely, but a good deal more expensive than the above-described homes in Zepherhills. Once again, though, they’re a half-hour from the beach, but the local amenities are nice, and the weather for the December-April period they are in Florida more than a justification for the investment made. There are many two-bed, two-bath properties on the market from way under $200K to way above.

As we’re no longer fans of winters in New England, but equally displeased with the thought of running diagnostics on our sweat glands during a Florida summer, all three of these options are attractive, to say the least. How to decide? It boils down to a personal decision that really transcends the finances. Me? I’m not done exploring Florida yet, so I’m not ready to buy the winter or perhaps year-round home. While I might in fact never be ready, I think a condo might be in my future, as the finances look appealing.

Bottom line, though: the hotel strategy is it for now. The flexibility is undeniable, and the prices are great. We’ll be back next winter – with Miami Beach likely next, and the Keys and Ft. Myers also on the list. By the way – it wasn’t exactly toasty during our stay in St. Pete Beach, but the weather was way, way better than Boston. No doubt about that!

Looking for more guest posts? Here are a few more to take a look at! 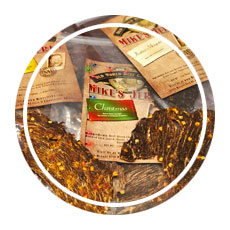 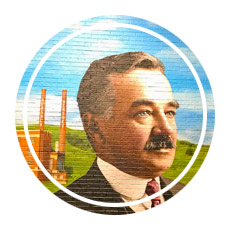 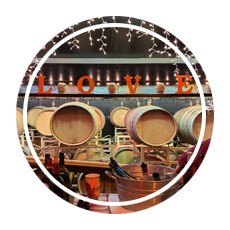 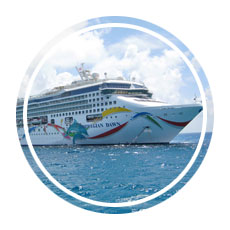