Long before international travel became part of my lifestyle, it was part of my job. In 2010, I worked with a Washington DC-based nonprofit where I managed an online learning series and developed relationships with international organizations who might benefit from those courses. One of my first business trips was a two week journey to New Delhi, India, where I spent half of my time in a hotel conference center and the other half exploring a colorful, chaotic world I had never expected to see.

India isn’t an easy country to visit. Plenty of books, movies, and blogs glamorize it, and there are certainly ways to seek peace and balance in a country that 1.2 billion people call home. I spent my time there eating lavish meals provided by my host, knowing on the other side of the hotel’s walls millions of people were digging through garbage piles to find scraps to eat. I slept in a comfortable bed in a well-appointed room as those same millions curled up under tarps on the street. I was there to meet and educate some of the nation’s brightest—and luckiest—residents, and I enjoyed that opportunity. But my favorite experiences came beyond the hotel, when I had the chance to experience the city with a private tour guide.

Even though it has been years since I visited, my memories of India are as vivid now as they were when I created them.

If you are planning a visit to New Delhi, here are some of the spots I visited that might stand the test of time in your memories, too!

New Delhi is, as its name suggests, a fairly new city. It was established in 1911 as India’s capital, replacing Kolkata. Because this shift happened during the British Raj—the time when Britain ruled India between 1858 and 1947— a large house was constructed for the British Viceroy. When India became independent in 1950, the house was renamed Rashtrapati Bhavan and now serves as the presidential house. With more than 300 rooms, it’s a really impressive house to see.

During my visit the gates were closed, which gave me a chance to get a close-up look at the State Emblem of India, which features three Asiatic lions.

Also of note is the Jaipur Column, a monument that stands close to 150 feet tall and commemorates India’s capital relocating from Kolkata to Delhi.

Even before I really started to pay attention to UNESCO World Heritage sites, I was happy to visit Humayun’s Tomb. Humayun’s Tomb was the first of its kind to be constructed in India (it was completed in 1572), even before the Taj Mahal was built more than a century later. Surrounded by quiet gardens, the entire enclosure is both a memorial and a tribute to geometry and symmetry. My guide was clear to note it as we walked around, especially when we passed through the exterior arch where two shatkona symbols appear side by side. Shatkona is a Hindu symbol representing the unification of the male and female form.

There are other monuments on the same property, notably the tomb of Isa Khan, who was an Afghan noble. This tomb is particularly interesting because it predates Humayun’s Tomb by 20 years! Isa Khan’s tomb was built during his own lifetime, and in addition to the octagonal structure he also ordered a mosque to be built in the same space. The entire area is surrounded by a wall that visitors can walk around, providing an interesting 360-degree view of the memorial.

I only had a chance to visit one temple in New Delhi, but I am so glad it was the Bahai Mashriqul-Adhkar Temple, or the Lotus Temple. The temple welcomes everyone—no matter your faith, religion, or beliefs, all people are encouraged to visit for prayer, mediation, or simply to enjoy a visit.

The Lotus Temple is one of the most visited buildings on the planet. Because of this, it won’t be the most silent of spaces if you are hoping for some quiet time; I spent 30 minutes stumbling through frequently interrupted meditation, including some very loud snoring supplied by my own guide!

One of the oldest and most historic structures in New Delhi is Qutb Minar, a minaret initially constructed in 1192 as a victory tower that also came to symbolize the beginning of Muslim rule in India. It was lengthened when three additional stories were added to it in 1220; only a decade later lightening damaged the tower, although it was eventually restored. Today it stands 239 feet tall. Constructed of sandstone and marble, the three stories that stand closest to the ground are impressive. They feature elaborate carvings and passages from the Quran in calligraphy.

The Qutb Minar is the most recognizable structures in the Qutb Complex, which also houses ancient ruins and a few other notable spots.

Alai Minar is also part of the Qutb Complex; this structure was started—and abandoned—in the 1300s. The plan was to build a tower taller and more impressive than the Qutb Minar, but when the project’s leader died early after work started no one else wanted to take over to ensure it would be completed. I found it to serve as an interesting reminder than you should finish what you start, especially if there’s a chance millions of people will one day walk past your efforts.

The India Gate serves as a war memorial in memory of the more than 80,000 soldiers who lost their lives defending their country in wars between 1914 and 1921. I visited during the day, but the gate is illuminated in the evening after dark. I was also relieved to see that cars don’t pass under the gate (although they once did), so it’s one of the safer tourist attractions to visit. Not far from the gate is the canopy that shelters nothing more than a pedestal and the inscription King George V. A statue of King George V once stood in that spot, but in the 1960s it was relocated to park with other statues leftover from the British rule. There have been proposals to put a new statue there, but to date the space remains vacant.

The Iron Pillar of Delhi is exactly that—a somewhat nondescript piece of iron that stands just under 24 feet tall. To look at it won’t impress you. To know that it has existed since around 400 AD and has not corroded might cause you to take a second look. The pillar was likely erected in Udayagiri (based on the inscriptions carved into it), and it was relocated to Delhi at some point in the 1200s.

The pillar has shown that it has a high resistance to corrosion over the centuries, which has drawn a great deal of attention to the knowledge and skills possessed by Indian iron smiths.

New Delhi has a lot to offer, especially if you are an adventurous traveler with a love of history and a tolerance for crowds and heat. I’m glad to have had a chance to visit and tour the city—business travel can have some real perks! 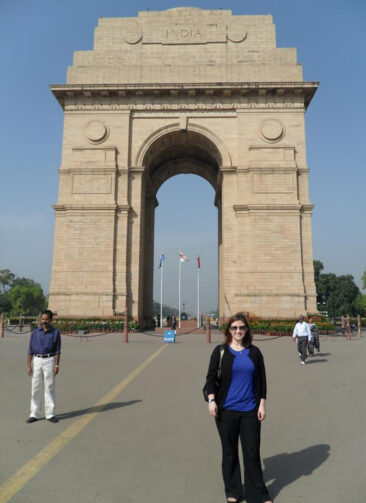 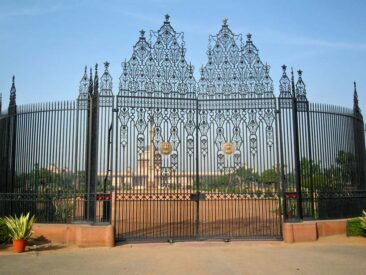 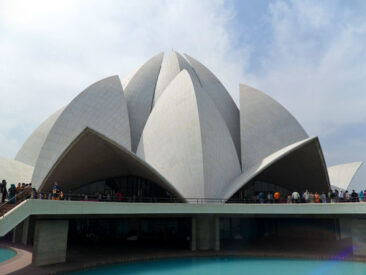 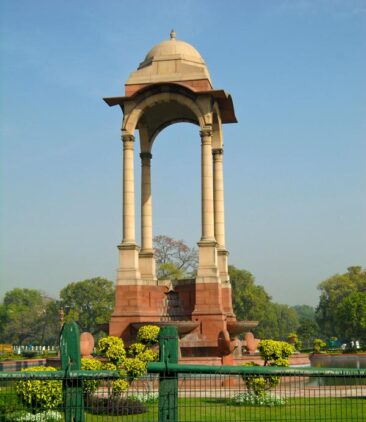 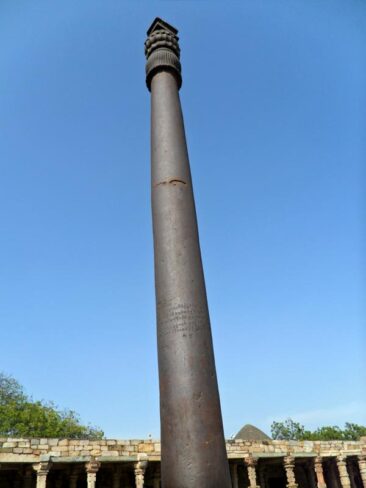 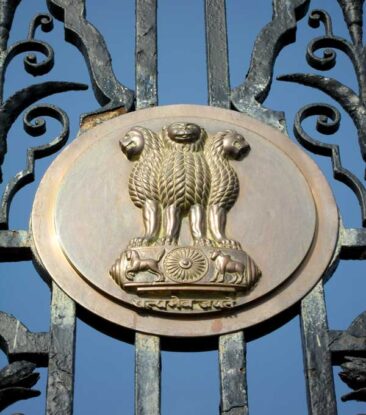 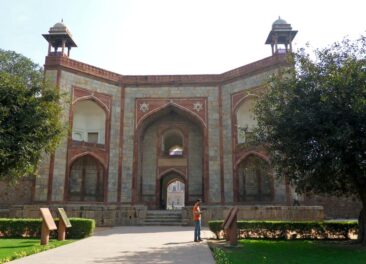 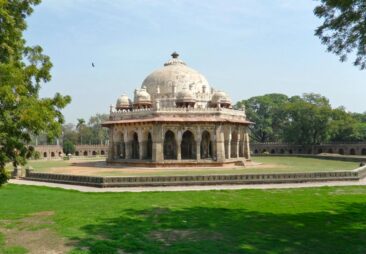 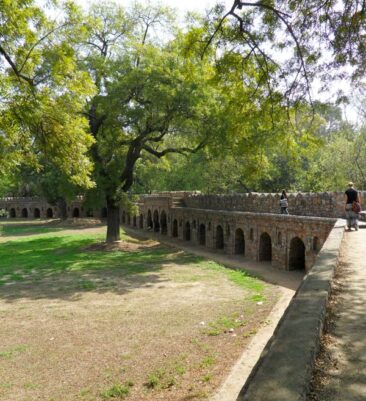 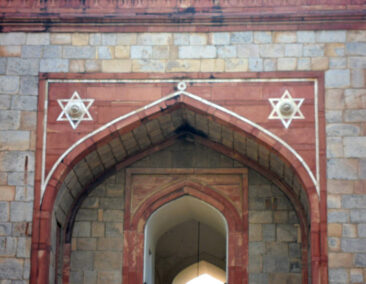 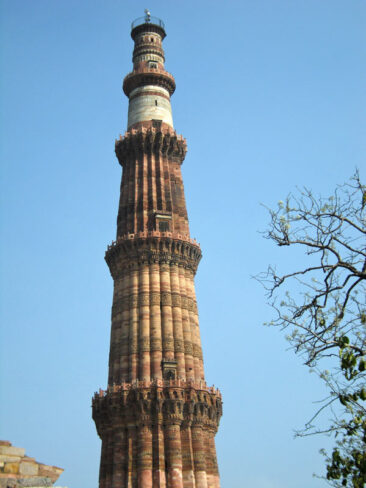 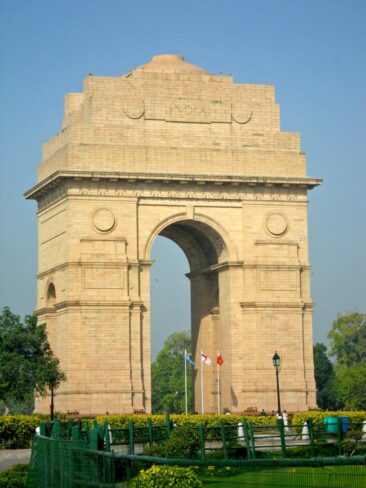 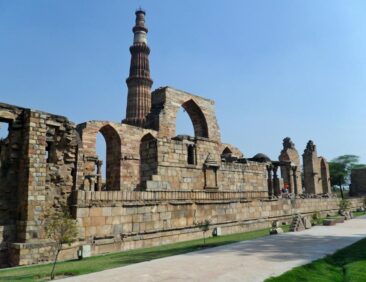 Get inspired for another vacation by checking out a few more of our favorite articles! 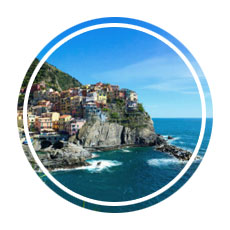 Cinque Terre and Pisa in 1 Day 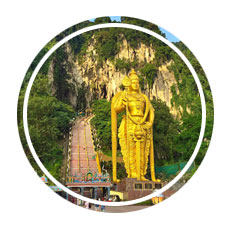 The Batu Caves in Kuala Lumpur 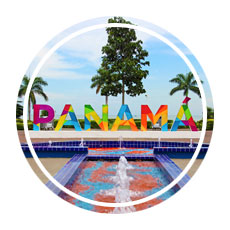 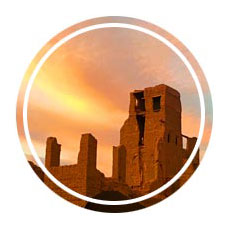 The Kasbahs of Morocco 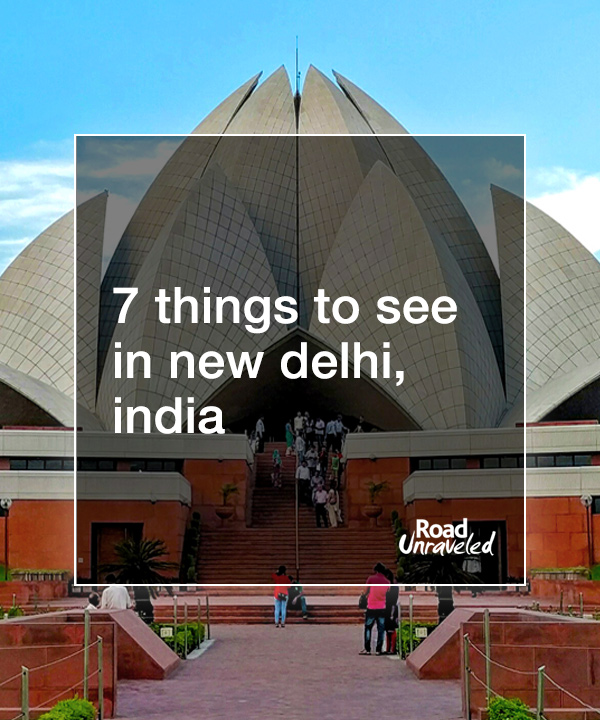 * Source for the photo at the top of this post: Wikipedia 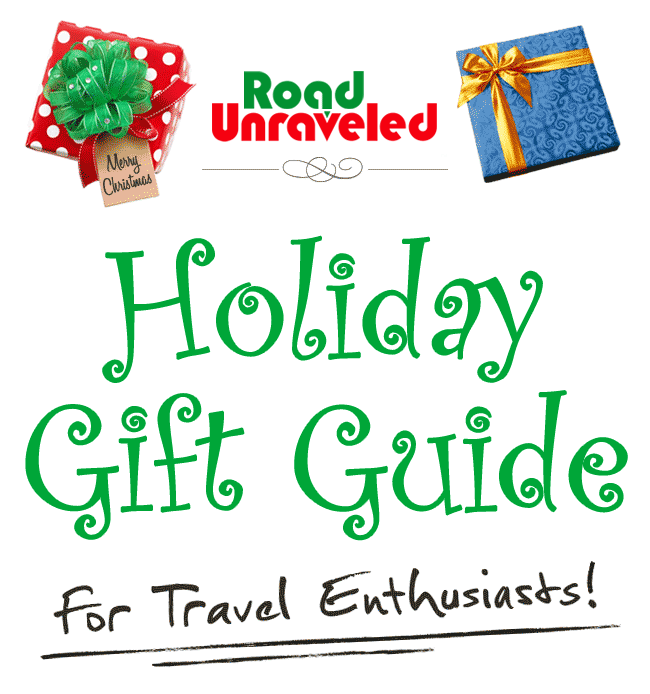