I first heard of Bosnia and Herzegovina the same way many people my age heard about the country. In the early 1990s, the Bosnian War reigned supreme over American newscasts, and images of burning buildings and crying citizens stayed in my young mind for a long time, a barrier between me and a place I would never visit. I read with great interest Zlata’s Diary, reminiscent of Anne Frank’s Diary of a Young Girl, a first-person account of what it’s like to live through a war when you’re barely old enough to understand it. I didn’t think much about Bosnia after middle school. It was a place on a map, yet another country that would likely remain closed off to me during my life.

Fast forward to 2016, when I noticed a daytrip to three cities in Bosnia and Herzegovina (Mostar, Medjugorje, and Pocitelj) from Dubrovnik. Some quick research determined the country wasn’t off-limits to me after all; not even a visa restriction prevented me from booking a trip. With that, Adam and I confirmed our tour, and Bosnia reappeared on my travel radar.

We started the day with a small group tour by crossing into Bosnia and Herzegovina, staying for ten minutes, and then crossing back into Croatia. If you don’t study the Bosnian map you’ll miss this, but Bosnia and Herzegovina has a very small stretch of land that cuts Croatia in half; this strangely-drawn boundary provides Bosnia with access to the Adriatic Sea while also enormously complicating the drive down the Croatian coast.

We first stopped in Medjugorje, a small town not far from the Croatian border. Medjugorje is notable because in 1981 six children were said to have seen an apparition of the Virgin Mary.

Referred to as “Our Lady of Medjugorje”, the Catholic faithful believe the apparition of the Virgin Mary continues to bring messages to visionaries to this very day. Because many people claim to have experienced phenomena including seeing symbols that appear in the sky, Medjugorje is a major pilgrimage site for Catholics all over the world. In fact, estimates suggest more than 30 million pilgrims have made their way to the site since 1981.

While Medjugorje is not technically an approved Catholic pilgrimage site, many people make the journey there each year to experience what is undeniably a very spiritual spot.

We briefly attended a Catholic mass, though we didn’t stay long because the church was so crowded with locals and tourists. Outside, though, the mass was broadcast over loudspeakers into the town, so we stood where a statue of the Virgin Mary was erected and watched as people from near and far came to pray.

We had only an hour in Medjugorje before we departed for Mostar, the focal point of our day.

Mostar and the Stari Most Bridge

Like every city in the region, Mostar has a long and colorful history, but it’s the recent history that took an enormous toll.

The Bosnian War deeply inflicted Mostar for months; Mostar took more than its fair share of shelling, bombing, and violence. Perhaps the most symbolic event was the November 9, 1993 destruction of the Stari Most Bridge that connects Mostar across the Nerevtra River.

The tour of the city we took culminated with a video that showed footage of the bridge as it was struck over and over by more than 60 shells. After the bridge was destroyed, the Croats took responsibility and claimed it was of strategic value to them, but academic research since then has suggested it was likely destroyed because of the cultural value it represented to the city and to Bosnia and Herzegovina. Before 1993, the bridge had stood for more than 400 years, and it had a long history of serving as a symbol of connection and peace.

As with so much of Mostar, the Stari Most bridge was rebuilt thanks to funding and expertise from many countries in Europe and around the world. The reconstruction concluded in 2004 and today locals and tourists cross it as if the nightmare of 1993 never occurred. But there are plenty of places in the city where rebuilding didn’t happen. I was struck by the buildings that had evidence of heavy shell damage. In some cases, the skeletons of buildings stood next to those that had suffered minimal damage or had the good fortune to be rehabilitated. Many buildings were severely damaged from the battle. Bullet holes and other signs of war damage could easily be seen near the top of many buildings. Almost everywhere we looked were symbols of the heartbreaking past that so many in the city remember all too well. Maybe citizens grow immune to it after passing by such sad reminders every day. We found it very hard to experience.

Mostar isn’t only its past, though; there is plenty of beauty and joy to be found there. We spent a lot of time walking up and down the main streets, trying to keep our footing on the slippery stone surfaces near the bridge and admiring the local handicrafts and souvenirs—although we were surprised and a bit sad to see so many shops selling bullets, weapons, and other relics from the war. 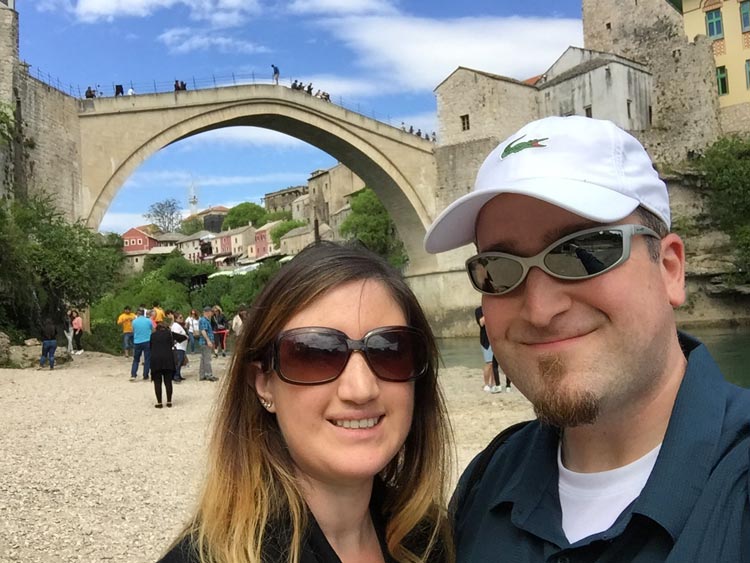 We had a great time hanging out under the Stari Most bridge, where dozens of people gathered to take pictures or have a snack. There was an easy to find path from the main street down to the water where we could take photos. We all kept an eye on the bridge, where a couple of guys stood at the top collecting money from tourists; after collecting whatever their minimum was, they would shock the crowd by diving into the river below. Diving is a local tradition, though it’s not for the faint of heart or those without excellent aim; in order to land successfully, divers have to navigate between two big rocks. We didn’t get to see anyone jump, but it was fun to see them work the crowd.

Before leaving Mostar we had a quick lunch at a tiny little coffee shop on the main street called Caffe Stari Grad. Here we ordered Turkish coffee and split a plate of cevapi (another name for cevapcici!). The cevapi was just as delicious as it had been in Montenegro, and we were happy to have learned our lesson and only ordered one plate instead of two. Adam also got to experience his first Turkish coffee, which is basically rich, unfiltered coffee. Mostar still has a strong Turkish influence, which I wasn’t particularly aware of before we got there, and the coffee was prepared and served just as I remembered it when I visited Istanbul in 2010.
More Information: Caffe Stari Grad / Foursquare

Bosnia and Herzegovina is a primarily Islamic country, and religion in general was a theme for us while we visited. I didn’t have any real expectations when we first crossed the border, but I was pleasantly surprised to see little to suggest anything other than religious tolerance everywhere we went. In fact, our tour guide told us it is not uncommon to find a Catholic church on one side of the road and a mosque on the other, and many neighborhoods are evenly split between several religions. The Koski Mehmed Paša Mosque in Mostar is beautiful and present in almost any photo you take from the bridge.

We saw another lovely mosque in Počitelj, a small town where we stopped one final time on the way back to Dubrovnik. The Haji-Ali Mosque sits in the hills just under the Sahat-kula fort, and while visitors can climb all the way up we only had time to go part of the way in the 30 minutes we had before our bus left.

Počitelj is listed as a historic urban site by UNESCO and it has a fascinating history that dates back to the 13th century. The town has also been listed as one of the world’s 100 most endangered cultural heritage sites, so we were very grateful to have visited- even if it was for a very short amount of time.

Although bus tours can be necessary to see places quickly and conveniently, Adam and I were both frustrated to not have more time to explore. We had seen photos online of the view from the top of the hill and it was disappointing that we didn’t have enough time to make the hike. Like Medjugorje, Pocitelj was a fascinating town that we wish we had more time to explore.

Hotels in Bosnia and Herzegovina

Ready to find a hotel for your trip? There are plenty of options in Mostar, and it has the largest population of the three towns. Mostar is a quick, 30 minutes by car to Medjugorje and Pocitelj, so it’s a great starting point. Here are some deals to consider!

Having the chance to visit Bosnia and Herzegovina was a really meaningful experience for me. More and more often the countries we visit are actively recovering from challenging times and conflicts that threaten their lives and cultures, and that was very true of our day—especially in Mostar.

It was both painful to see the very clear wounds that have yet to heal from the war, and it was truly inspiring to see how far the country has come and how warm and welcoming the people are. We’ll look forward to our next visit to Mostar, Medjugorje, and Pocitelj; Bosnia and Herzegovina has such character and personality that we know we’ll find our way back again. 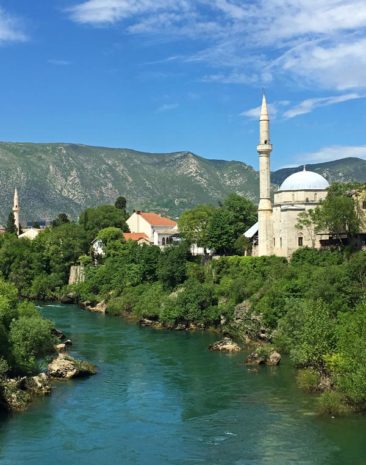 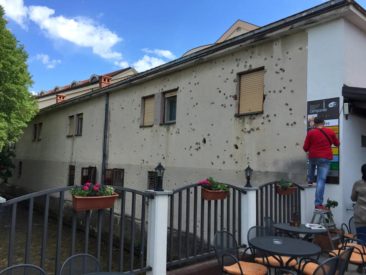 Remnants from the war 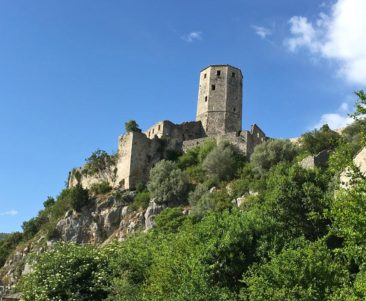 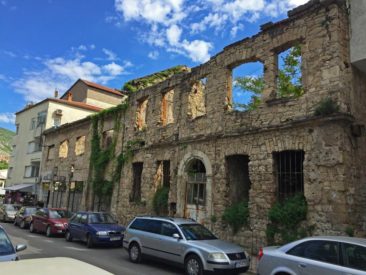 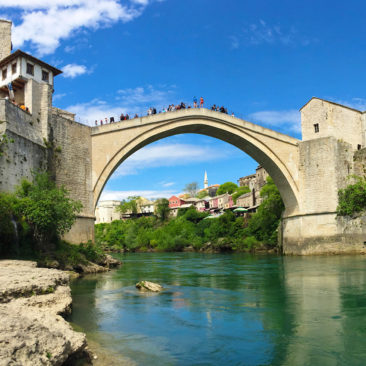 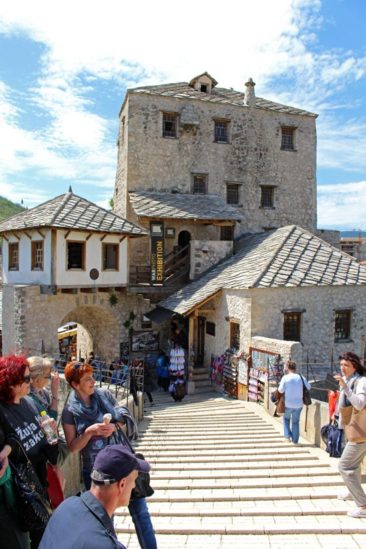 Stari Most Bridge in Mostar 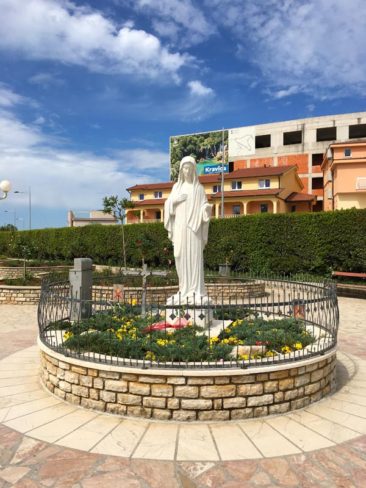 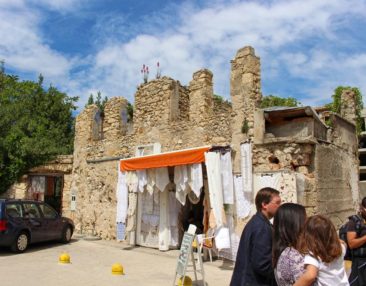 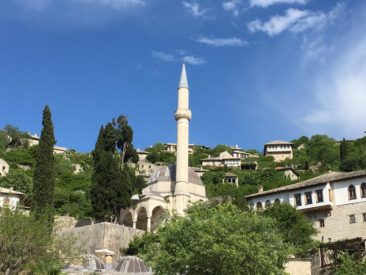 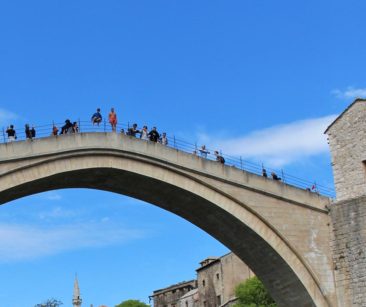 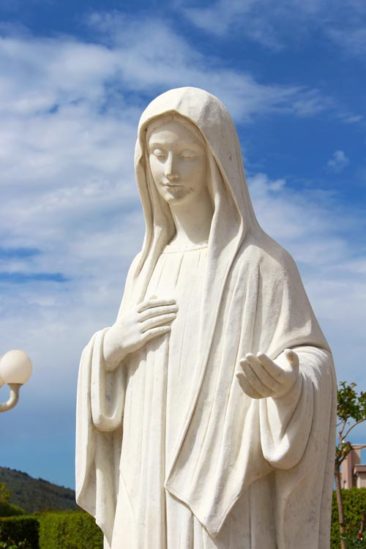 Our Lady of Medjugorje Statue in Medjugorje, Bosnia 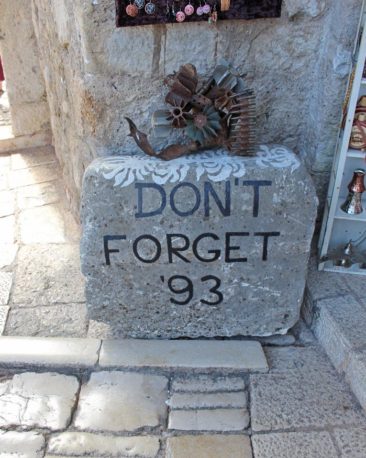 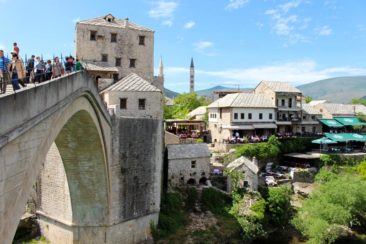 The view from the Stari Most bridge in Mostar 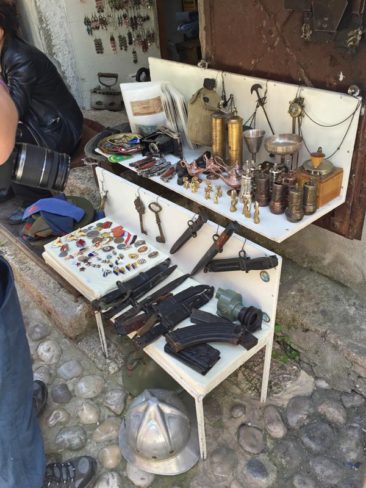 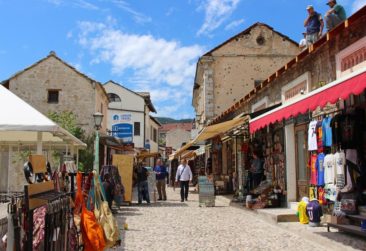 Streets of Mostar, Bosnia and Herzegovina

Thinking about visiting Mostar, Medjugorje, or the Balkans? Here are some additional places to consider while you’re there! 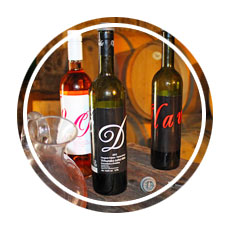 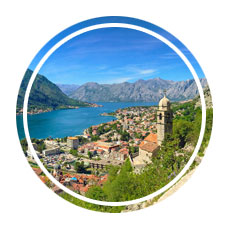 Montenegro and the Fortifications of Kotor 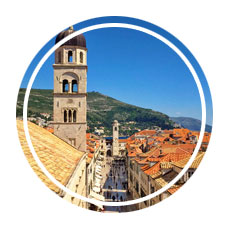 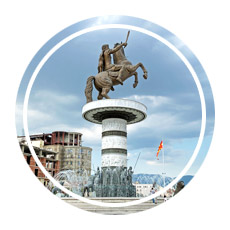 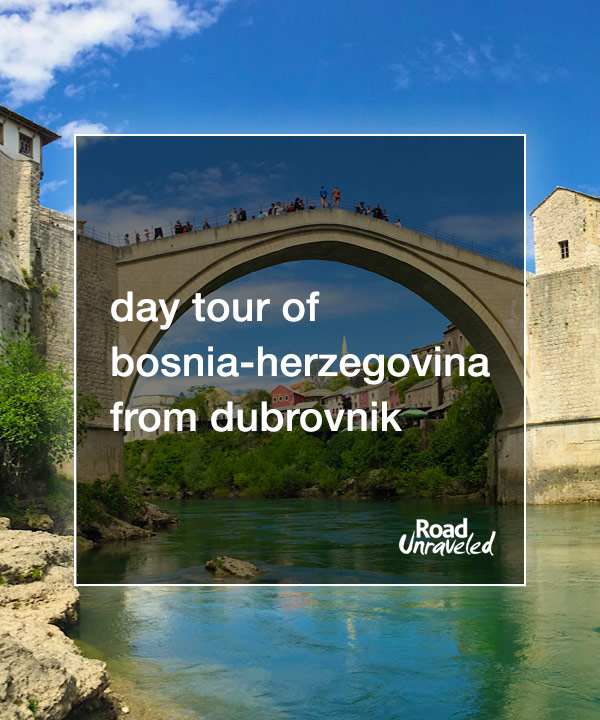 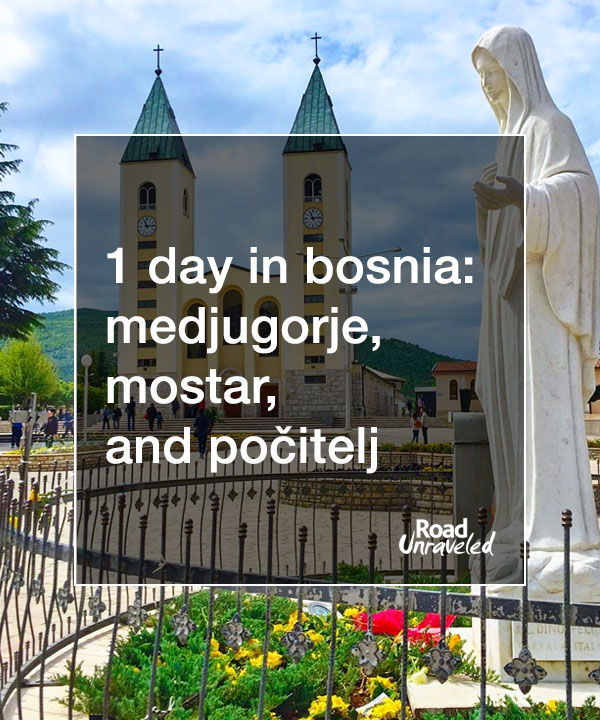