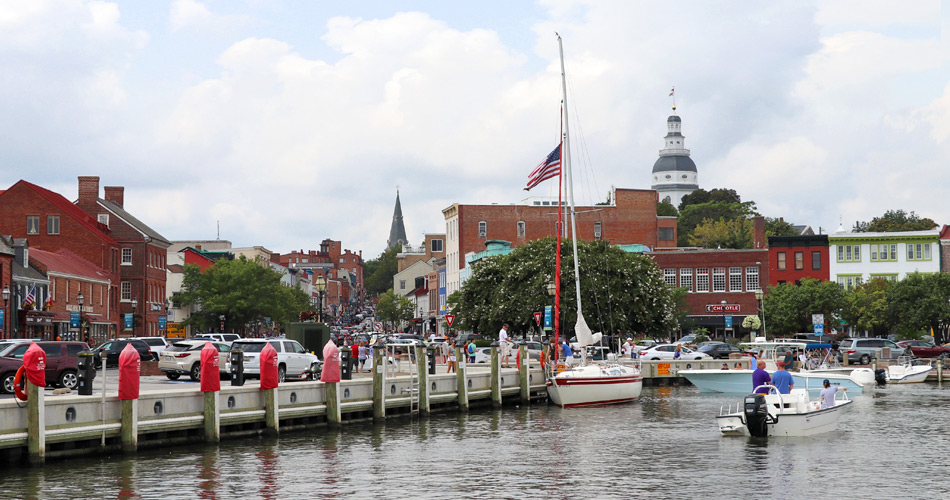 A few weeks ago, while chatting with a friend about weekend plans, I mentioned that Adam and I were planning a quick day trip to Annapolis. “Ah, Annapolis,” my friend chucked. “I always forget about Annapolis.” I smiled at her observation, nodding in agreement. Despite being Maryland’s capital city, Annapolis seems to take a backrow seat to the bigger, more recognized, more ostentatious city of Baltimore (a great destination in its own right!). That’s why we always enjoy days spent in the quieter but equally historic city. If Baltimore is the state’s flamboyant star, Annapolis is its solid foundation, loaded with charm and character.

Located just 45 minutes from both Baltimore and Washington, DC, Annapolis has proven itself as a great day trip or weekend trip destination for vacationers based in or visiting the Mid-Atlantic. It’s a wonderful place for history lovers, foodies, and shoppers alike, and we have found it to be a tried-and-true destination for friends and family looking to explore a new city when visiting us. If you are thinking of exploring Annapolis, here are six things we recommend to everyone—and we know you’ll love them, too!

Start your trip to Annapolis with a visit to the Maryland State House, which has the distinction of being the longest continuously operating state capitol in the United States since opening its doors in 1772. The building also housed the Congress of the Confederation for nine months in 1783 and 1784, making it the United States’ temporary capital several years before Washington, DC was selected as the permanent capital.

The Maryland State House is open daily for self-guided tours, and it’s easy to be impressed by the amount of history packed within the building’s walls. Start in the rotunda, where you will stand beneath the largest wooden dome built without nails on the North American continent. The rotunda offers a great introduction to the State House’s role in US history, and from that spot the adjoining rooms details the building’s significance.

The Old Senate Chamber is a favorite room for most visitors; it’s the space where George Washington resigned his commission as the commander-in-chief of the Continental Army on December 23, 1783. John Trumbull’s famous painting depicting the scene, which ceremoniously transitioned control of the military into civilian hands and is considered an extraordinary act of morality and statesmanship, hangs in the rotunda. The Old Senate Chamber has been restored to how it looked during that era, complete with a life-sized statue of Washington standing on the senate floor. History was made yet again in the Old Senate Chamber on January 14, 1784 when Congress ratified the Treaty of Paris, which ended the Revolutionary War and made Annapolis the first peacetime capital city in US history. While standing in the room, look up to see a statue of Molly Ridout, the woman who authored the only known first-person description of Washington’s resignation. She watched him from the visitor’s balcony above the senate floor and, in a letter to her mother, observed, “The General seemed so much affected himself that everybody felt for him, he addressed Congress in a short speech but very affecting many tears were shed… I think the world never produced a greater man and very few so good.”

Other rooms, including the Old House of Delegates Chamber, reflect on the State House’s history through photographs and paintings. There is a lot to take in and reflect upon, which makes the Maryland State House a great first stop during a trip to Annapolis.

Just outside of the State House stands the Thurgood Marshall memorial, a tribute to the United States’ first African American Supreme Court justice.

Thurgood Marshall is most famously remembered for arguing Brown v. Board of Education of Topeka before the Supreme Court, a case that historically determined “separate but equal” public schools based on race is unconstitutional. The case delivered a significant blow to segregation and elevated Marshall’s profile as a talented lawyer. The Annapolis memorial depicts an early career Marshall during the time when he argued cases that eventually led to Brown v. Board of Education. If you visit the State House, the Marshall memorial is easy to spot and deserves a few moments of quiet contemplation.

The United States Naval Academy is the second oldest service academy in the country and makes its home in Annapolis. Although it is an active academic institution that enrolls and educates students—also officers-in-training, or midshipmen—it is also a great destination to include when visiting Annapolis. Tours are offered almost daily, and a walk through “the Yard” provides compelling information about the people and traditions that contribute to life at the Naval Academy.

If you decide to take a self-guided tour of the Naval Academy, there are a few locations to include on your sightseeing checklist.

Bancroft Hall is the only dormitory on campus, which means it houses each and every one of the more than 4,000 midshipmen enrolled each year. The building has almost five miles of hallways, and it is the largest dormitory in the United States. On a guided tour a midshipman will share information about life on campus, but if you visit on your own it is possible to see a standard dormitory room located close to the rotunda.

Herndon Monument is a memorial with a somber story and a fun tradition. When his ship sank in 1857, Commander William Herndon went down with more than 400 passengers after saving as many as possible. The monument is constructed in his honor, but it is better known for its role in the annual Herndon Monument Climb. “Plebes,” or first year students, attempt to climb the 21-foot tall monument—a feat made more challenging by a thick layer of grease coating its length. Legend says the first student to climb the greased monument and place his “dixie cap,” or hat, on top will be the first in his or her class to become an admiral. While the legend has yet to become true, it’s a widely known and anticipated event.

This video shares some great footage that shows just how intense the Herndon Monument Climb can be!

The Naval Chapel is both beautiful and symbolic: its dome can be seen across campus and throughout Annapolis. One pew remains empty at all times in tribute to the servicemen and servicewomen who are missing in action. The chapel houses the remains of John Paul Jones, a naval commander during the Revolutionary War recognized for being the father of the US Navy. He famously announced, “I have not yet begun to fight!” during the Battle of Flamborough Head, from which he emerged victorious.

The Tecumseh statue does not actually depict Native American Shawnee chief Tecumseh, but rather Tamanend, a Lenni-Lenape chief. Still, the bronze bust is affectionately called the god of 2.0; legend says midshipmen who offer pennies to the statue will achieve the minimum 2.0 GPA required by the Naval Academy. From prayers for good grades to prayers for a win on the football field, Tecumseh serves as a sort of mascot for the Naval Academy and makes for a fun photo op when visiting Annapolis.

No trip to Annapolis is complete until you have spent some time walking along the City Dock and through the historic harbor area. From restaurants to shopping to museums, this area of town provides the perfect backdrop for a great day trip.

Start by spending some time at Ego Alley, where you can watch the boats come and go along the Chesapeake Bay. Known to be a great stop to see expensive yachts sail past, it’s close to a few local cruise companies if you want to take your sightseeing to the water. Beyond the dock, the harbor area is ideal for shopping, and dozens of local stores dot the streets selling one-of-a-kind products and souvenirs. A few historic properties, including the Hammond-Harwood House, showcase architecture from centuries ago. If you are looking for a great meal, dozens of fantastic restaurants serve cuisine from around the corner and around the globe—although if you are in Annapolis, there is really just one meal you must have on your list.

Kunta Kinte, whose story is depicted in the book Roots as well as the TV miniseries of the same name, and his descendent Alex Haley are memorialized by a series of bronze statues close to the city dock in Annapolis. A life-sized Haley sits before three children as he shares Kunta Kinte’s story of being brought as a slave in chains from Africa to the United States in the 1700s. It’s a poignant memorial that pays tribute to the stories and voices that must be heard—no matter how painful.

Crab reigns supreme in Annapolis. Maryland blue crabs are the symbol of summer in Annapolis and beyond, and whether you like crabs steamed and dumped on a brown paper-lined table or served in crab cake form on a dinner plate your options are almost endless. We have a few favorite places when we visit Annapolis, where eating crabs is always high on our list of things to do.

Cantler’s is a quintessential crab shack in Annapolis, and the crabs are predictably tender and flavorful every time we visit. Cantler’s walks the line between retaining its role as the place locals go for crab and serving as a tourist destination. It has a well-deserved reputation for great food, which means you should anticipate a wait for a table during peak season. We’ve waited more than two hours for a table in the past, but we never leave disappointed. Many people order steamed crabs that they eat right out of the shell with some Old Bay seasoning (a Maryland necessity!), but the crab cake sandwich (order it with hush puppies) and Maryland crab soup are worth trying.

Boatyard Bar and Grill has one of the best crab cakes we have found in Annapolis. Located a couple of miles from the City Dock, it’s worth going for the crab and artichoke dip alone—a local favorite served piping hot with fresh bread. The crab cake sandwich is as close to perfect as we have found: almost no filler, it’s a baseball sized delicacy served with house-made tartar sauce. If you want the ultimate crab cake experience, skip the sandwich in favor of the platter, which includes two huge crab cakes.

Are you planning a trip to Annapolis and need to find a place to stay? Here are some deals to consider.

If Annapolis isn’t on your radar, it should be. We love visiting cities that educate and entertain us, and after a day of exploring fueled by crab cakes I thought back to my friend musing that she “forgot” about Annapolis. I wondered how many people do, in fact, let Annapolis pale in comparison to Baltimore and Washington, DC, its closest neighbors that regularly steal the spotlight. Annapolis has so much to offer that forgetting it seems misguided. If Annapolis is in your travel plans, be sure to reserve enough time to take in as much of the city’s sights as possible—and be sure to arrive hungry! Let us know if you have tips or favorite Annapolis attractions to share with us, too! 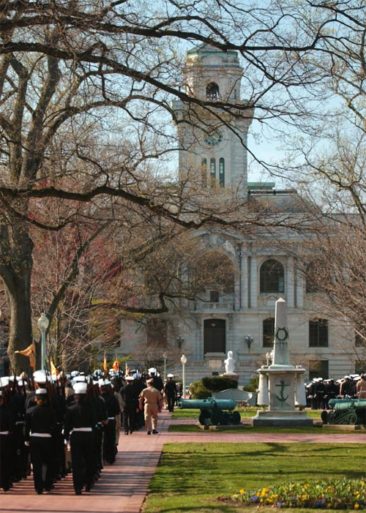 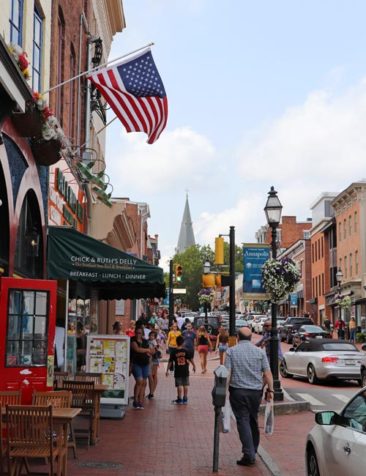 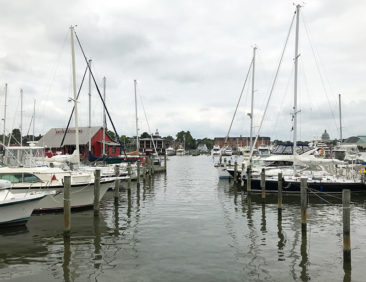 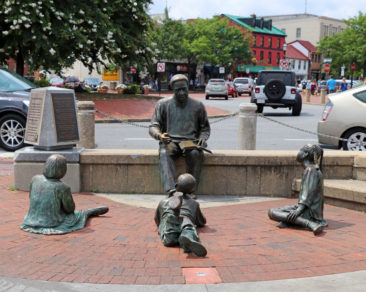 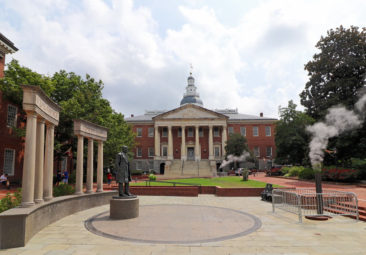 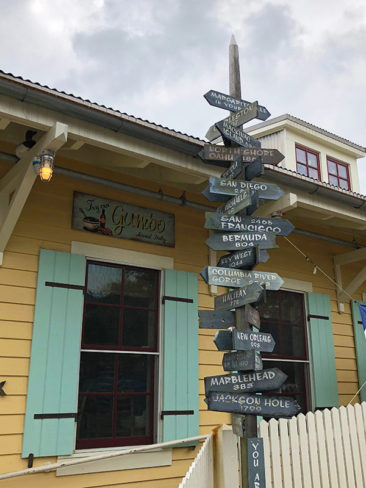 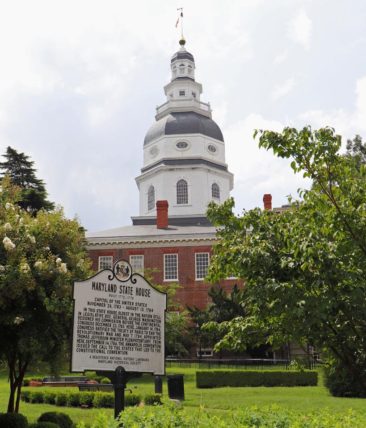 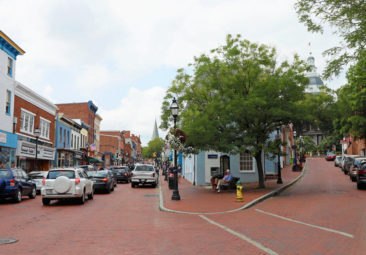 Want to read about more interesting places close to Annapolis? Check out these articles! 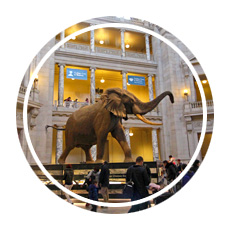 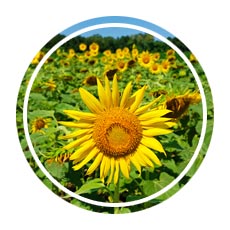 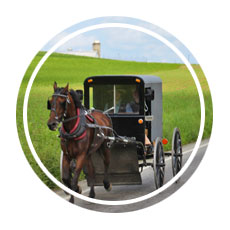 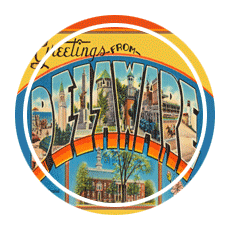 15 Things to Do in Delaware 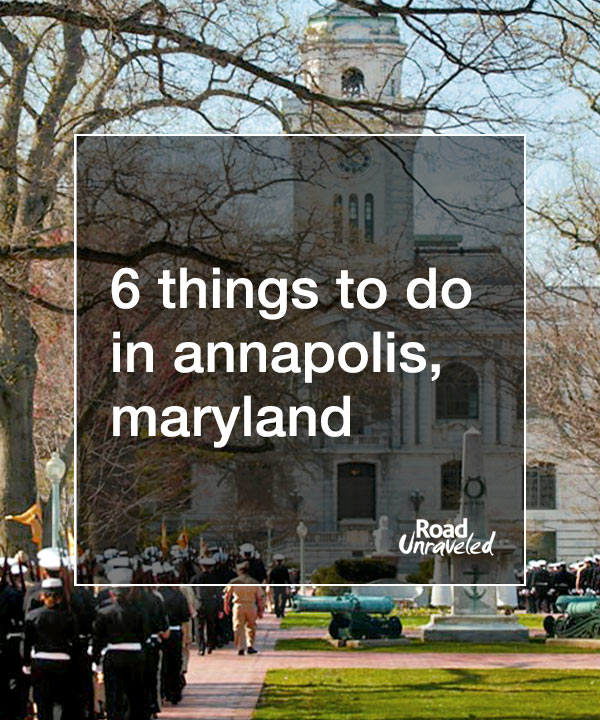