2017 is coming to a close, so we’re taking a break from planning for next year to reflect on all the trips and adventures we took this year. This is the first time in four years that we are spending New Year’s Eve in the United States; in 2014 we rang in the New Year in South Africa, 2015 in Iceland, and 2016 we were in Portugal.

We visited a total of 12 countries over 5 continents this year! 2017 began in Portugal with a wonderful Port wine tour through the Douro Valley. Things were a little quiet after that- we didn’t have any major trips until the end of May when we visited Morocco, Poland, and Germany. We had a short weekend trip to Panama in July where we sailed through the Panama Canal. Then we ended the summer with a trip to see Niagara Falls from the Canadian and American sides. Stephanie spent a few weeks in October visiting Iceland, Denmark, the Azores, and Bermuda as part of a transatlantic cruise with her parents. Then we closed out 2017 with an epic trip to Argentina, Uruguay, and Antarctica, where we joined the seven continent club by setting foot on the frozen continent!

We were a little more active with domestic adventures in 2017. We experienced the annual Around the World Embassy Tour in Washington DC, revisited old vacation memories in Florida, trekked the Kentucky Bourbon Trail, hung out with the Amish and discovered some interesting places around Pennsylvania, toured the Finger Lakes wine region of New York, and explored some new locations in our home state of Virginia. We wrapped up the year with a drive through 9 states and a blizzard on Christmas Day as part of a holiday road trip.

Here is a list of all the places we visited this year.

We drove through a lot of states in 2017, but we actually spent time in the locations listed below.

As we look back at our year in travel, we wanted to continue a tradition we started last year and showcase a few of our favorite (and not so favorite!) moments from 2017. 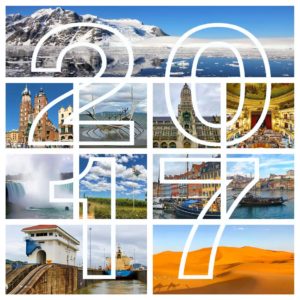 It would be hard to pick anywhere other than Antarctica as our favorite place visited in 2017. After dreaming about it for years, the excitement started growing in 2016 when we booked a cruise that would finally take us to our seventh continent- and it did not disappoint! From the stunning icebergs to the curious penguins, Antarctica is truly amazing. We were both captivated by how pristine, beautiful, and silent it is, and we agreed that this particular once-in-a-lifetime trip is absolutely one we want to repeat someday!

Of all of the meals we ate in 2017, it was the food we tried during a tour of Krakow, Poland that remains the most memorable. We went for the pierogies, but after trying the soups, cabbage rolls, vodka, and potato pancakes that make regular appearances on local menus we felt like we discovered a culinary paradise.

We went on dozens of tours in 2017 and had unforgettable experiences with wonderful people during each of them, but it was our tour of Morocco that takes the top spot. We met the fabulous team at Morocco Immersion a year ago at the Washington, DC Travel and Adventure Show when visiting Africa was nothing more than an idea for how to use our vacation time in 2017. They crafted an absolutely perfect itinerary for us that introduced us to Marrakech, the many kasbahs dotting the country’s landscape, some off-the-beaten-path treasures, and even a night of camping under the stars in the Sahara Desert (including a camel riding adventure we’ll never forget!). In a year of wonderful adventures, our tour of Morocco is a major highlight.

We made a lot of special memories this year. 2017 was a year where we both slept in the Sahara Desert and on the ice in Antarctica. We’ll never forget the moment we set foot on our seventh continent, realizing a dream we both had for years. We’ll also remember the people who made our trips special- we spent a few wonderful hours in Uruguay laughing and sharing stories over some excellent wines and homemade empanadas with our tour guide and the winemaker’s wife, and we lingered long after finishing dinners with new friends on the boat to and from Antarctica. Stephanie introduced her parents to Reykjavik, and we both loved riding in a limo with Stephanie’s dad and his friend Steve as we explored the Kentucky Bourbon Trail. Without question, we have some incredible memories of 2017!

We were almost positive our worst memory of 2017 would be the challenges we had getting to Louisville for our Kentucky Bourbon Trail weekend (which inspired our article on the Educated Traveler). But we were wrong- so very, very wrong. Our worst 2017 memory is officially our journey back from Ushuaia, Argentina after our cruise to Antarctica, which we now refer to as our escape from “el Fin del Mundo,” or the End of the World. Our 24-hour itinerary was extended into a nightmarish four-day, six airport trek across three countries in North and South America because of an unexpected strike that shut down transportation throughout Argentina. If it sounds like a crazy story, you’re right! Check out our post to read the whole story to see how much of a disaster this was.

We really tried to pick up the pace with the site this year, and we hope you noticed! We beat our own records with total posts this year (45) and we had 4 times the traffic in 2017 over 2016! We also set a goal of having a new post added to the site every Tuesday or Wednesday to keep things consistent. There is a new section in the top bar called Upcoming where we are listing the posts we’re planning to write in the coming weeks. We hope this gets you excited for new things we’re working on for Road Unraveled! 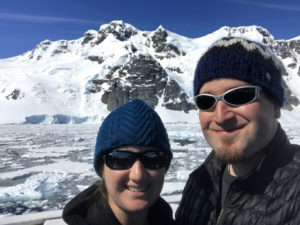 Earlier this year, Stephanie was named to the shortlist of finalists for the 2017 Next Great Travel Writer competition sponsored by Travelex and Penguin. Although she was not selected as the winner, she was greatly honored to be recognized among the finalists.

We have also been building up the content in our monthly email newsletter in 2017, so please be sure to sign up for that if you have not already. If you don’t have time to keep up with the new posts, the email is a great way to get everything delivered in one place at the end of each month.

So, now that we have reached all seven continents and visited 60 countries (I’m stuck at 39 countries) what is next for Road Unraveled? We’re already working to plan our 2018 itinerary as well as some really exciting new tools to help you make the most of your vacation time, and we will definitely continue to provide you with interesting stories, helpful travel tips, and ideas for how you can explore the world.

Thank you for reading!

Take a look at some of our previous Year in Review articles. 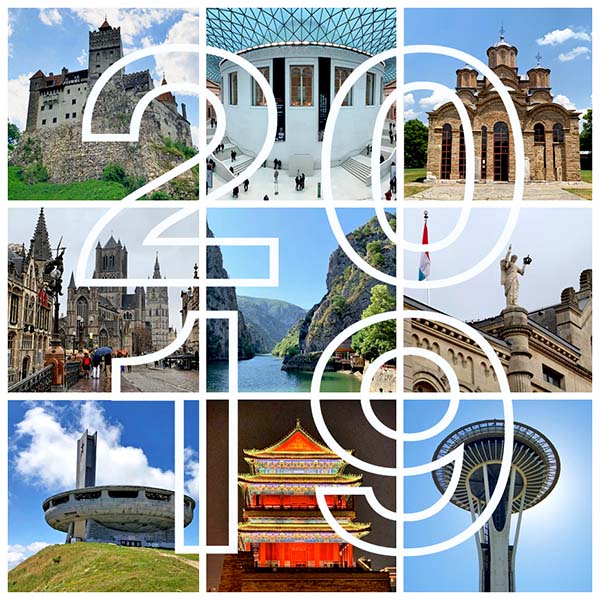 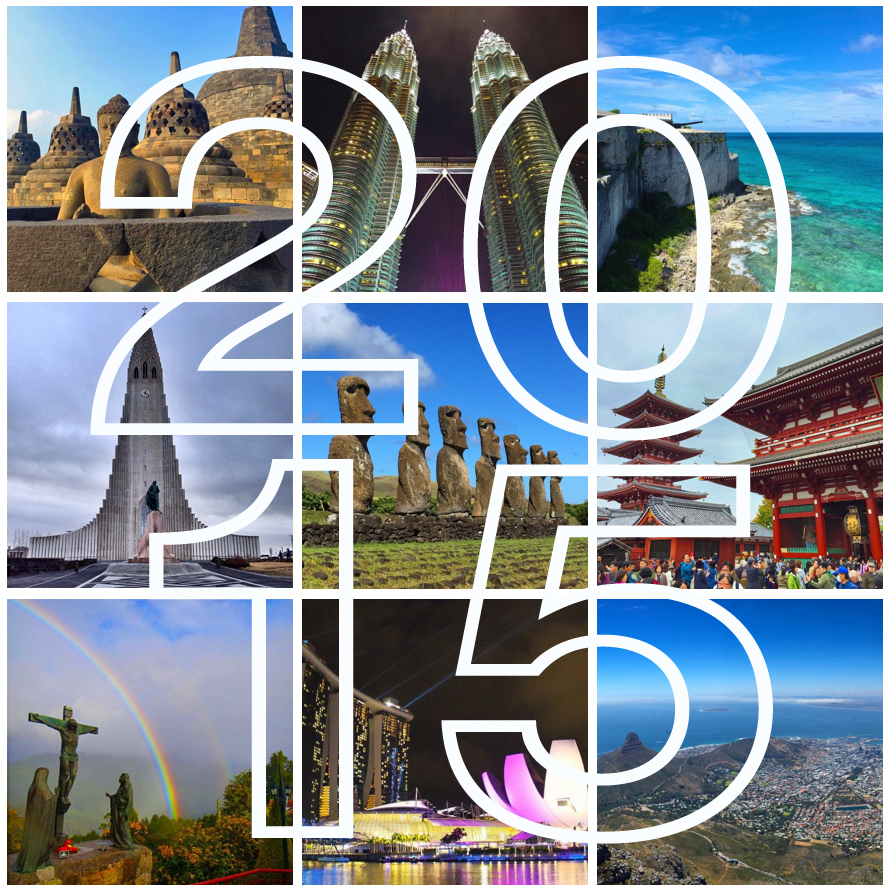 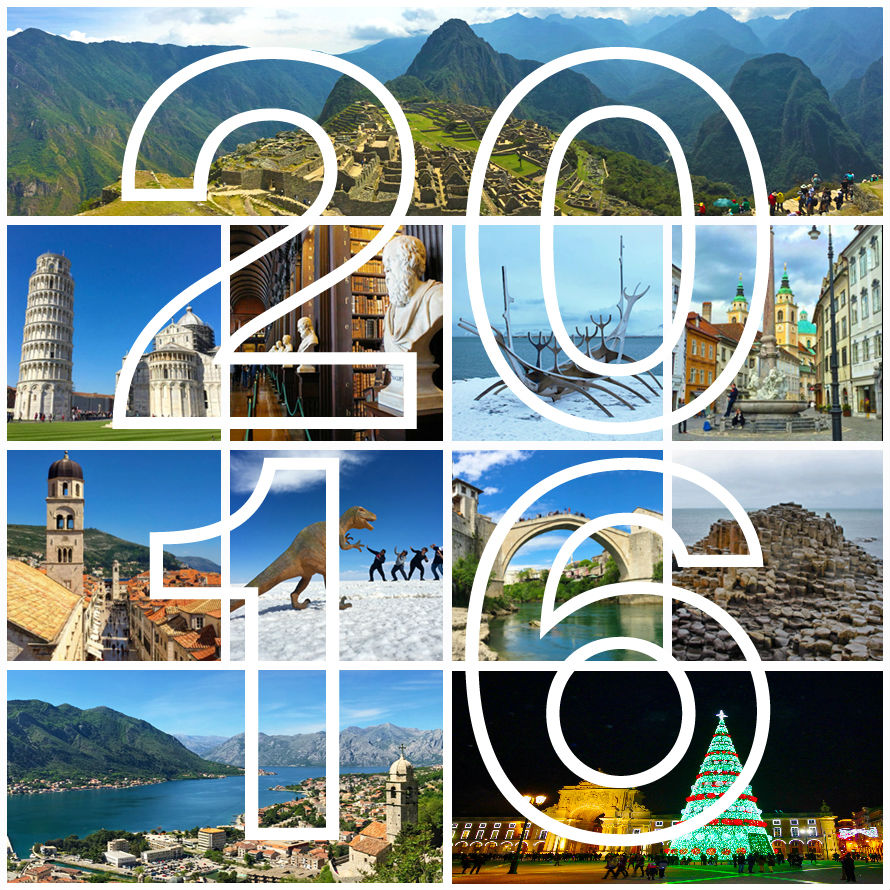 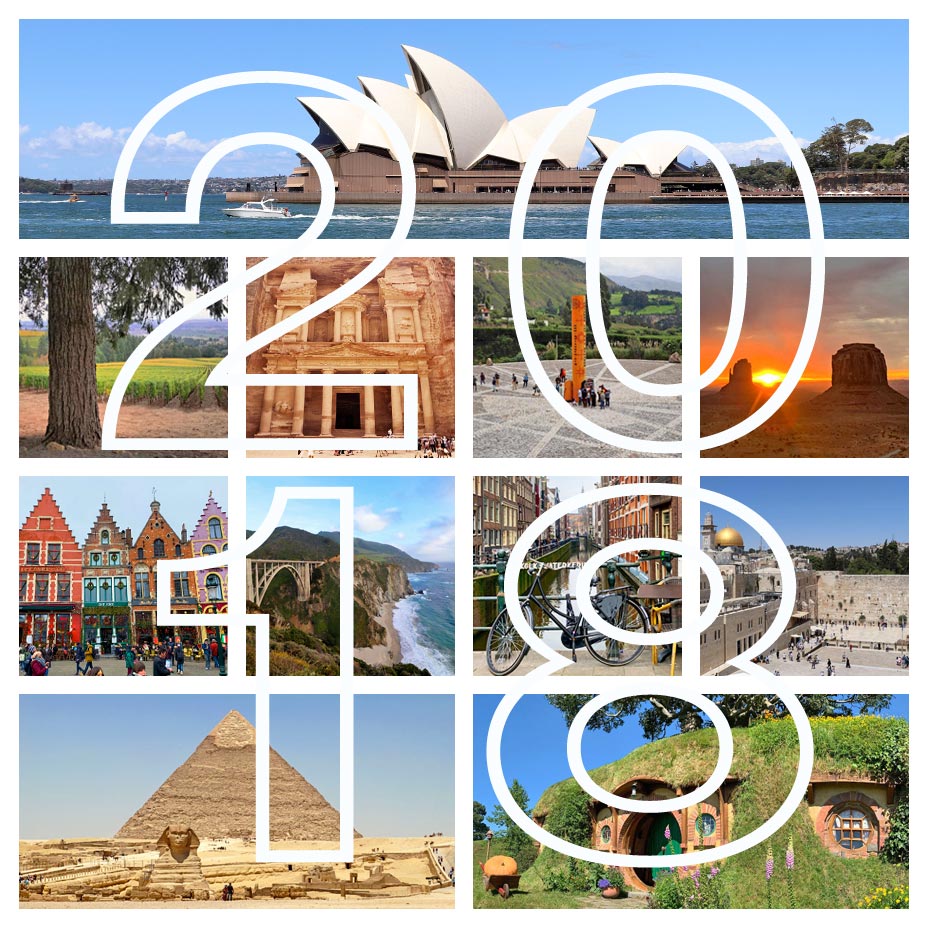 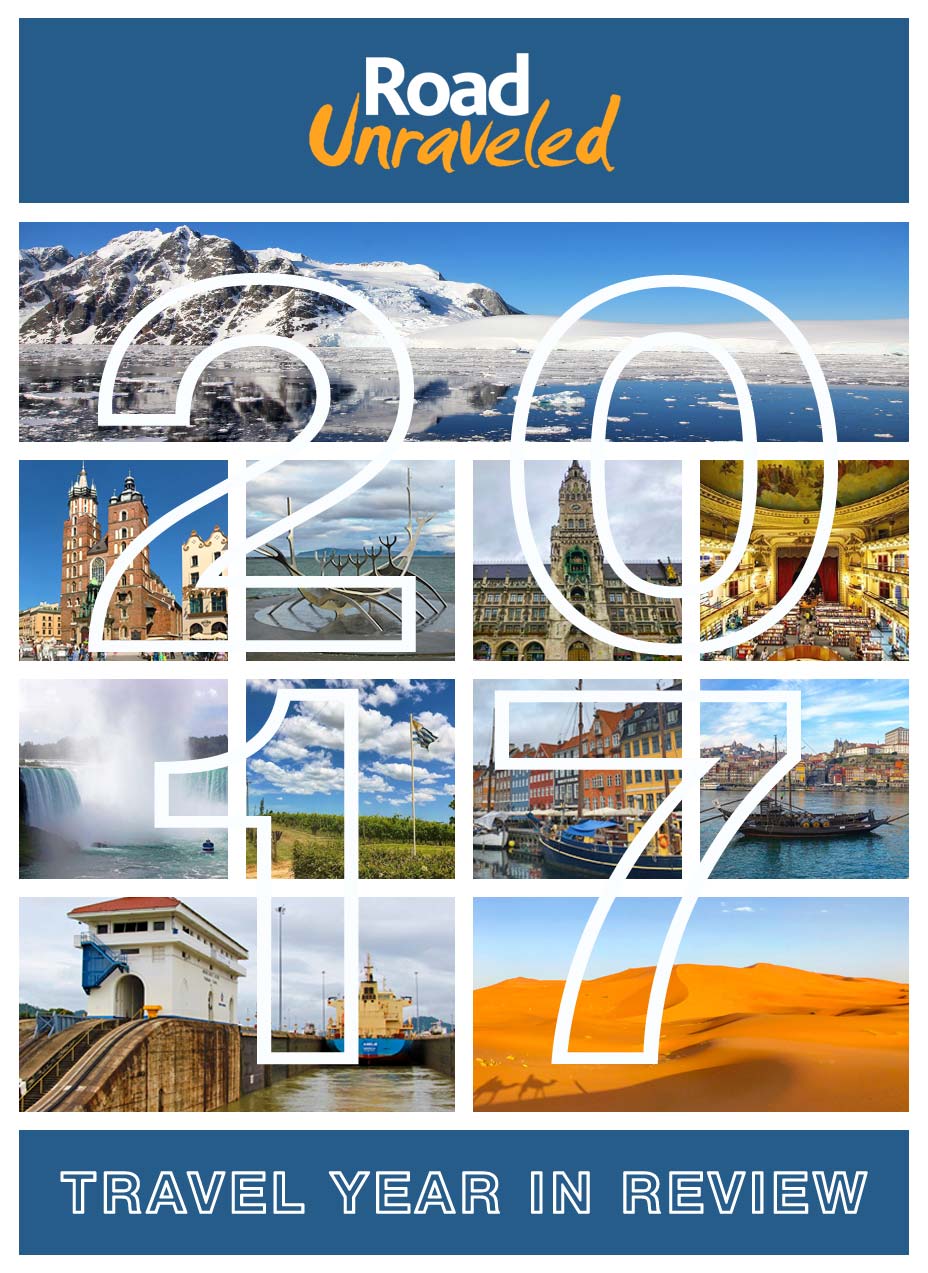